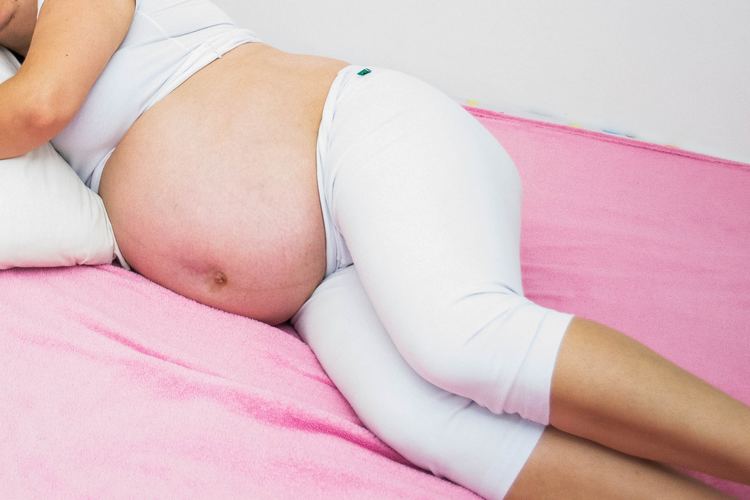 Questions regarding the safety of skin care products in pregnancy are very common. The question is especially relevant when using products that have medical-grade ingredients such as hydroquinone (for skin brightening), retinoic acid (Adapalene, Differin) for acne, or skin rejuvenation, salicylic acid, and benzoyl peroxide (for acne).

The short answer is that pregnant women should avoid hydroquinone (which is absorbed systemically in fairly substantial amounts) and topical retinoids, including retinoic acid (Curology) and Adapalene (Differin, Epiduo), owing to some controversial but troubling evidence). Other skin care products, including topical antibacterial, benzoyl peroxide, salicylic acid, are not expected to increase the risk of malformations or other adverse effects on the developing fetus. Although sunscreens seem to be safe in pregnancy, pregnant women should prefer physical sunscreens (based on zinc peroxide and titanium oxide) over chemical sunscreens.

The amount of topical retinoids absorbed from the skin is very low; however, there are 4 published cases of birth defects in the literature associated with topical tretinoin use, which is consistent with retinoid embryopathy. The role of the topical retinoids in these cases remains controversial, as 2 prospective studies that examined use during the first trimester of pregnancy with 96 and 106 women did not find an increased risk of major malformations or evidence of retinoid embryopathy. However, until data on the larger number of women are collected, women are encouraged to avoid topical retinoids during pregnancy.

Clindamycin and erythromycin are used either alone or combined with other agents as topical prescription treatments of acne. A study examining the oral or topical use of clindamycin reported no increased risk of malformations among 647 women with use in the first trimester. Similarly, there have been no increased rates in adverse outcomes documented in several studies evaluating the systemic use of clindamycin in the second or third trimester of pregnancy. Furthermore, oral use of erythromycin in pregnancy has not been associated with teratogenicity in several thousand women.

When benzoyl peroxide is applied topically, only 5% is absorbed through the skin, and then it is completely metabolized to benzoic acid within the skin and excreted unchanged in the urine. No studies on the use of this preparation in pregnant patients have been published; however, systemic effects on a pregnant woman and her child would not be expected. Therefore, the use of this product during pregnancy would not be of concern.

Topical salicylic acid is an ingredient in several cosmetic and acne products, and systemic absorption varies. A number of large studies have been published in which researchers examined the outcomes of women who had taken low-dose acetylsalicylic acid during pregnancy, and there was no increase in the baseline risk of adverse events, such as major malformations, preterm birth, or low birth weight. No studies have been conducted in pregnancy on topical use; however, as such a relatively small proportion is absorbed through the skin, it is unlikely to pose any risk to a developing baby.

Glycolic acid is an alpha hydroxy acid found in many cosmetics used to treat acne. Several animal studies demonstrated adverse reproductive effects when glycolic acid was administered in high doses, much larger than those used in topical cosmetic products in humans. Studies examining the use of glycolic acid in human pregnancy have not been conducted; however, using topical glycolic acid during pregnancy should not be of concern, as only a minimal amount is expected to be absorbed systemically.

Hydroquinone is used clinically as a topical depigmenting agent for conditions such as chloasma and melasma, and it is used cosmetically as a skin-whitening agent. It has been estimated that 35% to 45% is systemically absorbed following topical use in humans. A single study has been published involving hydroquinone use during pregnancy with no increase in adverse events; however, the sample size of pregnant women was small. Based on available data, hydroquinone use during pregnancy does not appear to be associated with an increased risk of major malformations or other adverse effects. However, because of substantial absorption compared with other products, it is best to minimize exposure until further studies can confirm safety.

Sunscreens are used commonly to protect the skin from the sun’s harmful rays and have been found to cause little toxicity in animals.11 The products have minimal dermal or systemic absorption. Sunscreens have been used in pregnancy to treat or prevent melasma, and adverse events have not been reported.

Dihydroxyacetone is a color additive that is found in self-tanning products to produce an artificial tan. Colour develops following topical application owing to dihydroxyacetone binding to amino acids in the stratum corneum. These products contain dihydroxyacetone in concentrations ranging from 1% to 15%, and when applied topically, systemic levels are minimal (0.5%)12; therefore, use during pregnancy would not be of concern.

When addressing hair removal issues or reducing the appearance of hair, various topical agents are available, such as depilatory and hair-bleaching creams. According to Health Canada guidelines, thioglycolic acid is permitted in depilatory products at concentrations equal to or less than 5% with a pH of 7 to 12.7.

Sodium, calcium, and potassium hydroxide, also found in depilatory creams, disassociate into sodium, calcium, potassium, and hydroxide ions. These ions are found abundantly in the body. The amount of these chemicals found in consumer products that would contact skin would be negligible, especially compared with the average daily dietary intake. In addition, although they might permeate the skin, the systemic absorption of these ions is minimal. Therefore they do not increase serum levels and would not be considered a problem for use during pregnancy.

Apart from hydroquinone (which is absorbed systemically in fairly substantial amounts and should be used very sparingly) and topical retinoids (owing to the troubling case reports), skincare products are not expected to increase the risk malformations or other adverse effects on the developing fetus. Consequently, pregnant women can look their best without compromising the health of their unborn children.