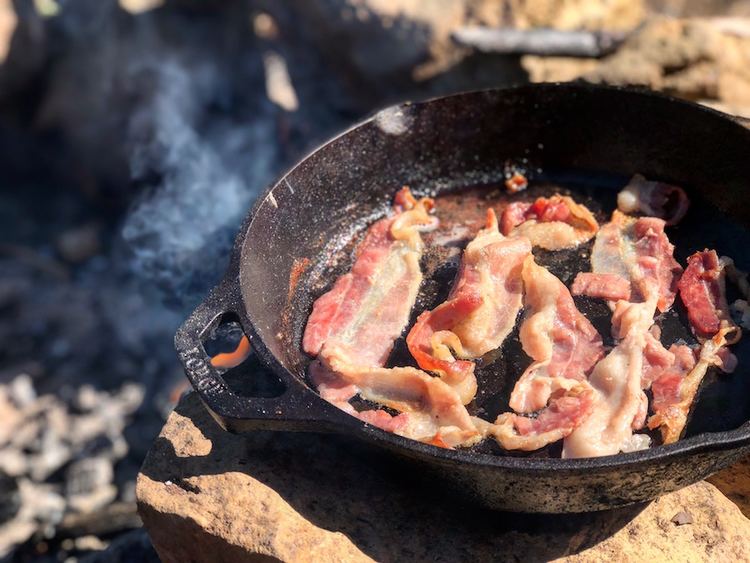 Mmmm....bacon! Most of us would agree that bacon is tasty, to say the least. Some of us eat it daily (confession!) and others occassionally as a treat. Current stats show that the average American eats more than 18 pounds of bacon each year. What?! 18 pounds is a lot of anything, so it's worth taking note of any potential negative side effects.

Does bacon cause acne breakouts? There is no real data or scientific studies proving that bacon causes acne. That being said, as with all processed animal foods, most bacon strips contains high levels of sulfates, nitrates, and sodium, each which have been shown to increase inflammation, which we know can make acne worse.

Conclusion: If you struggle with acne breakouts, it may be a good idea to try reducing your consumption of bacon (and other processed foods!) or potentially removing it from your diet altogether for a period of time to see if you notice any change in your skin. A slice or two from time to time (hey, we al l have to live a little!) may not do much harm, but eating it on the reg may be a significant contributor to your skin concerns.

What is benzoyl peroxide? Who invented it?

What is the difference between humectants and emollients?