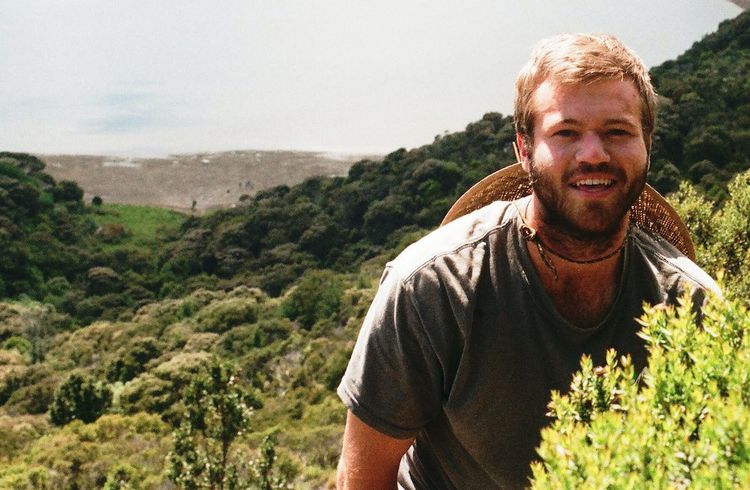 What is seborrheic dermatitis?

The common symptoms of seborrheic dermatitis include patches of red, scaly patches of skin on the nose's sides and between the eyebrows. Most of these people also have redness on the scalp and dandruff. In rare cases, seborrheic dermatitis can also affect the front chest, skin folds (armpits), the center back between the shoulder blades, and even the eyelids (blepharitis).

Dermatologic studies have shown that a skin fungus called Malassezia Furfur plays an important role in triggering the skin redness and irritation common in Seborrheic dermatitis. This fungus is fed by the sebum produced in the sebaceous glands on oily skin. In people with the tendency for seborrheic dermatitis, the fungus activates the skin's immune system that, in turn, causes the skin to be red, inflamed, itchy, and covered with scale. Sometimes, the scalp skin's redness also spreads to the forehead's upper part near the hairline. These red skin areas are covered with thick, scaly patches (dead cells of the skin).

The exact cause of seborrheic eczema isn’t known. However, doctors believe two main factors can contribute to the condition's development.

The first factor is the overproduction of oil. An excess amount of oil in the skin might act as an irritant, causing the skin to become red and greasy. The second contributing factor is Malassezia. An inflammatory reaction to excess Malassezia yeast, an organism that normally lives on the skin’s surface, is the likely cause of seborrheic dermatitis. The Malassezia overgrows, and the immune system seems to overreact to it, leading to an inflammatory response that results in skin changes.

The severity of seborrheic eczema can flareup and clear over a period of a few years. It is well known that stress and weather changes can trigger a flare of seborrheic eczema. Certain medical conditions can increase people’s risk of developing seborrheic dermatitis. This includes psoriasis, HIV/aids, acne, rosacea, Parkinson’s disease, epilepsy, alcoholism, depression, some immunodeficiency disorders, and recovery from a stroke or heart attack.

What is the difference between seborrheic dermatitis and psoriasis?

It can be difficult to distinguish between Seborrheic dermatitis and psoriasis. Both are common skin conditions that have a familial tendency. Both disorders appear on the scalp, but psoriasis will also appear in the skin on the elbows and knees. On the other hand, red skin on the nose's sides and between the eyebrows is more common for seborrhea. In some cases, there is a combination of psoriasis and seborrheic eczema referred to by dermatologists as Seboriasis.

What is the best treatment for seborrheic dermatitis?

Most Dermatologists prescribe steroidal creams or lotions for red facial skin areas. Although these products provide relief for the first few days, the prolonged use of such creams can cause skin damage, including the development of atrophic skin (fragile skin) and enlarged skin capillaries. A better choice for the treatment of seborrheic will be nonsteroidal. Sulfur-based creams. These creams are safe and highly effective for treating multiple skin disorders, including seborrheic eczema, rosacea, and acne. 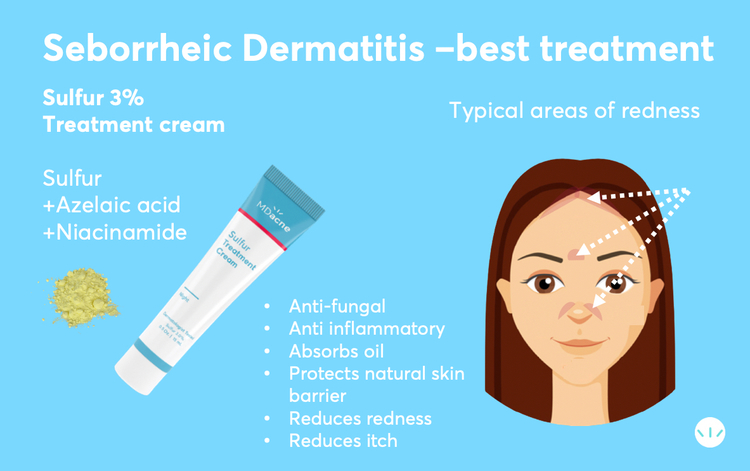 Creams with sulfur are the best choice for people with seborrheic dermatitis:

1. Sulfur is keratolytic and works to remove dead skin cells from the skin's surface and unclog pores.
2. Sulfur’s antifungal properties can treat both fungal acne (Malassezia furfur) and seborrheic dermatitis by reducing the Malassezia furfur fungi on the skin.
3. Sulfur absorbs and reduces sebum from the openings of the skin’s oil glands to help minimize congestion, which in turn treats and prevents acne breakouts.

What is the best shampoo for people with seborrheic dermatitis on the scalp?

Using a medicated anti-Dandruff shampoo is a good addition to the topical skin treatment. These shampoos typically contain selenium sulfide, distilled coal tar products, tea tree oil, and anti-fungal compounds (ketoconazole). The best choice for people with facial seborrheic eczema would be shampoos that contain ketoconazole (Nizoral). This type of shampoo can be used on the scalp and the face. Nizoral shampoo should be left on the skin for about three minutes, massaged, and rinsed well. Good choices for the scalp are shampoos with coal tar, shampoos based on sulfur, and shampoos with tea tree oil.

Shampoos with zinc pyrithione are usually not as effective as ketoconazole (Nizoral shampoo) or shampoo with selenium sulfide.

What is the best skincare routine for people with seborrheic dermatitis?

People with seborrhea should look for oil-free moisturizers. The best choice for a skin routine would be a culmination of a mild cleanser with salicylic acid 0.5%, an active oil-free moisturizer that contains plant-based anti-inflammatory complexes with and treatment with salicylic acid 2% that can be helpful with both acne and seborrheic dermatitis.

Is there a cure for Seborrheic dermatitis?

Seborrheic dermatitis is a condition that tends to disappear and reappear. If the phenomenon repeats, it is often necessary to repeat the prevention and treatment and persist for several weeks or even months. In any case, make sure that your dermatologist matches treatment to your condition avoiding side effects associated with inappropriate treatment. Because Seborrheic dermatitis is a tendency, you cannot cure it. Nevertheless, it is possible to suppress the symptoms and significantly reduce the discomfort associated without the side effects associated with topical corticosteroids.

Sulfur for the treatment of fungal acne, rosacea, and seborrheic dermatitis.