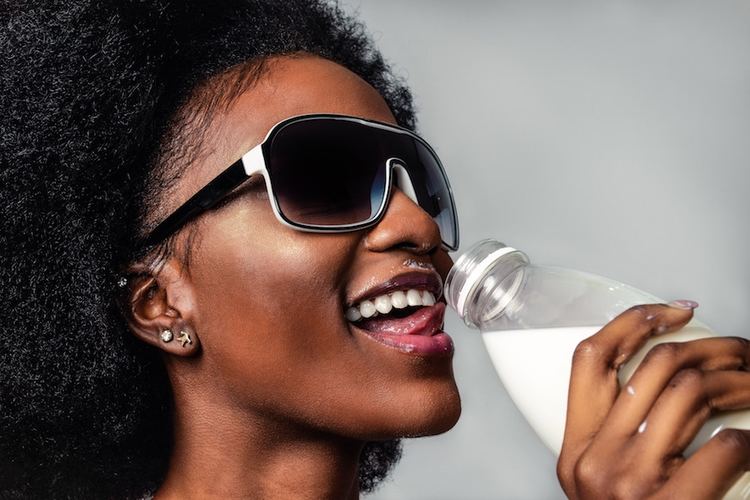 Is it true that milk causes acne?

While there is still a lot of research on the connection between diet and inflammatory skin conditions like acne, a growing number of dermatologists believe that certain foods may trigger or enhance the severity of acne. One of the most well-known and widely-accepted trigger foods is dairy products—particularly cow's milk.

Milk and acne - what is the evidence?

A study of 47,000 women in the U.S. showed that women who drank more than two glasses of milk a week were 44% more at risk of getting acne than women who drank one (or fewer) glasses per week. That's a big difference in acne condition for just one additional glass of milk! It was also found that teenage women who reported eating more dairy products (like cottage cheese, cheese spreads, and milk-based drinks) had more acne than women who consumed less dairy.

In another U.S. study, 6,094 girls, aged 9 to 15 years old, completed two lengthy questionnaires (given at least one year apart) about their diet. The girls who drank the most cow's milk (whole, low-fat, or skim) were more likely to have acne.

Another study on 4,273 boys aged 9 to 15 completed two lengthy questionnaires (given at least one year apart) about their diet. The boys who drank skim milk were more likely to have acne.

An Italian group looked at the relationship between drinking cow's milk and the severity of acne. Two hundred five patients, aged 10 to 24 years old, who were seeing a dermatologist for moderate to severe acne, and 358 patients in the same age range who were visiting a dermatologist for another skin condition (and had little or no acne) were asked what they ate. The patients with acne drank significantly more cow's milk than those who did not have acne. There were no other differences in diet between the two groups of patients.

In Malaysia: 88 patients, aged 18 to 30 years old, were asked to complete a food diary for three days. Half (44) of the patients had acne, and a half (44) did not have acne. The patients who had acne consumed more cow's milk and high-glycemic foods than those without acne.

Why does milk cause acne?

Most cows that produce milk are pregnant during the milking process and, therefore, have a raised level of progesterone-like hormones. These hormones have what are referred to as high dihydroxy testosterone (DHT) activity—an effect known to make acne worse that makes acne worse. Milk products are also rich in other growth hormones, such as Insulin growth factor- 1 (IGF-1), which causes the sebaceous glands in the skin to enlarge, leading to increased sebum production (more oil) clogged pores, and ultimately trigger breakouts.

When it comes to triggering acne, not all milk is created equal. According to a study published in the Journal of the American Academy of Dermatology, it appears that consumption of low-fat/skim milk is more associated with acne than other types of milk (ex. whole milk). This is likely because by removing the fat, this type of milk has a higher glycemic index and the corresponding effect on blood sugar, which is another known trigger for inflammatory acne and other skin problems.

What milk products to avoid if you have acne

If you're struggling with acne and searching for clear skin, dry to reduce your milk consumption and dairy intake overall. While milk might not be your trigger, it is pretty easy to limit or remove the below items (and look for dairy-free swaps) for some time to see if it makes a difference in your skin.

Pro tip: many dairy alternatives contain soy products (like soy milk), which can also be triggering for some. Look for other options such as coconut milk, almond milk, and oat milk and watch out for preservatives like carrageenan and added sugars