Like many other diseases, acne is caused by a complex interaction of multiple factors. Here, our Dermatologist explains what causes acne.
The process of forming a pimple is weel understood. Accumulation of dead skin cells in the opening of the skin oil glands, combined with excess sebum production causes clogging of the skin pores. A special bacteria, Propionibacterium acnes (P. acnes), that live in our skin oil glands, proliferates in these enlarged clogged oil glands, causing an increase in inflammatory cytokines and free fatty acids, which then leads to further skin irritation and the typical red acne pimple.

How does Acne start?

The first step in acne is the androgen-induced enlargement of the sebaceous glands with the overproduction of sebum. This is usually caused by a genetic androgen oversensitivity of the individual sebaceous gland and only less frequently by high systemic levels of androgens. (For example, polycystic ovaries or adrenal overproduction of androgens). The sebaceous glands contain enzymes, among them 5-α-reductase, which convert dehydroepiandrosterone (DHEAS) to the more active form, dihydrotestosterone (DHT). An increase in DHT causes excess sebum production and an increase in cell turnover in the follicular canal.

What causes blackheads and whiteheads?

In the second phase of acne, the retention of desquamated keratinocytes within the pilosebaceous unit initiates follicular plugging and obstruction of the opening of the gland, which results in the formation of micro-plugs — these are comedones (blackheads and whiteheads).

The comedones (Commonly called whiteheads and blackheads) are plugs made of a mixture of keratin, sebum, and bacteria. Comedones that are exposed to the skin surface and have a central black appearance (Due to the oxidation of tyrosine to melanin by tyrosinase) are called “blackheads,” or open comedones. However, comedones that remain underneath the skin surface are called “whiteheads,” or closed comedones.

What is the role of bacteria in acne?

The third phase of acne includes the proliferation of acne bacteria. Propionibacterium acnes (P. acnes). Most P. acnes reside in the follicular infundibulum of comedones, an area rich in lipid nutrient sources and poor in oxygen (So, an ideal site for anaerobes). 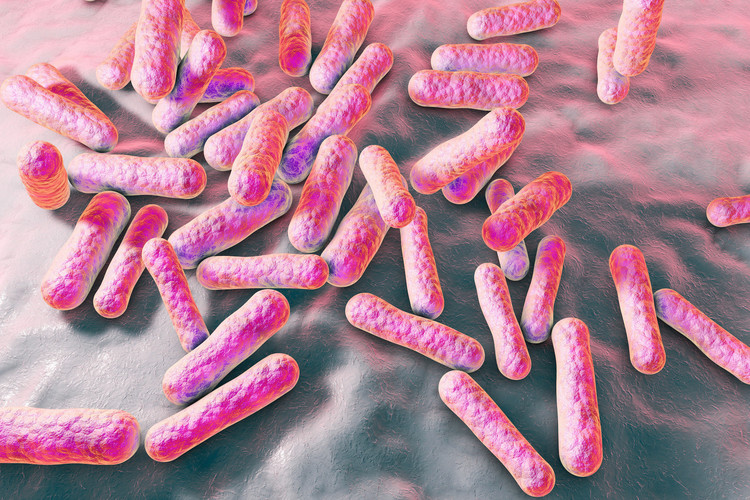 Electron microscopy shows that P. acnes are 0.4 to 0.7 μm in width and 3 to 5 μm in length and have a ribosome-rich cytoplasm and a relatively thick cell wall composed of peptidoglycans.

P. acnes is involved in the development of inflammatory acne by activating complements and metabolizing sebaceous triglycerides into fatty acids that irritate the follicular wall and surrounding dermis. P. acnes produces lipases, proteases and hydrolases, which all contribute to inflammation and tissue destruction, express stress proteins that are responsible for comedonal rupture and inflammatory response.

In the fourth phase of acne, pilosebaceous follicles are surrounded by macrophages and inflammatory mediators expressing Toll-like receptors (TLR2) on their surface. TLR2 activation leads to transcription of nuclear factor triggering and thus heading toward the expression of cytokines (Such as interleukin-1β (IL-1β), IL-8, and granulocyte macrophage-colony stimulating factor (GM-CSF)) initiates and propagates the inflammatory response. The inflammation in and around the sebaceous gland further stimulates keratinocyte hyperproliferation. The enlargement of the sebaceous gland, the ruptures of its walls, and the following inflammatory response are the cause of the different types of acne lesions, papules, pustules, and nodules.

Best non-surgical treatment for acne scars - according to dermatologists.