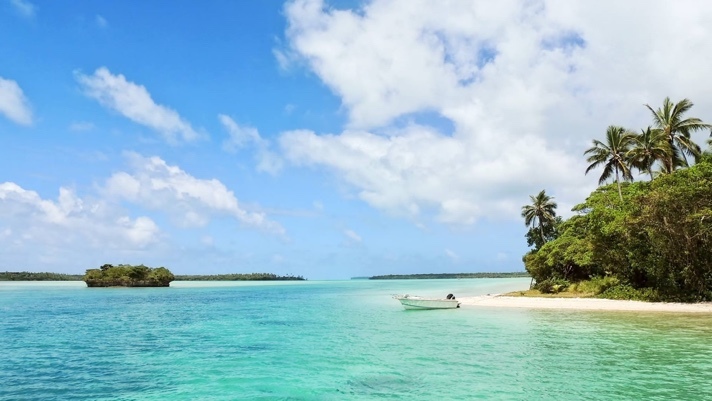 The people on the beautiful island of Kitava (A small island in the Pacific Ocean, in Papua New Guinea) NEVER have acne. Yep, you heard us right — we said NEVER. The indigenous inhabitants of the small island have absolutely perfect, blemish-free skin thanks to their diet and lifestyle. How do we know this?

We know this because Staffan Lindeberg, a Swedish doctor and researcher (And one of the pioneers of the uber-popular Paleo Diet), travelled to the island to study the rates of various diseases in Kitava. He stayed on the island for nearly three years and studied 1200 inhabitants, including 300 teenagers.

He found that Kitava’s population are untouched by Western influence. Their diet is based around foods like sweet potatoes, coconut, fruits (Including banana, papaya, pineapple and mango) fish and vegetables. You know how here in America we eat a whole lot of milk, dairy, cereals, refined fat, sugar and alcohol (PS: Those food groups account for 70% of the western diet)? Well, in Kitava, those bad-for-you foods account for only .2% of their diet. Although Kitavans ate more carbohydrates than most of the western population, these carbs had a lower glycemic index and load.

In the 843 days the doctor was on the island, he saw ZERO acne breakouts. ZERO, people! It seems like those Kitavan's amazing diet (Free from oh-so-delicious, but also oh-so-unhealthy snacks like candy and potato chips) gives them breakout-free skin.

The doctor also found genetically similar groups that were on the regular western diet in other parts of New Guinea — those places had common western diet-related diseases like acne and cardiovascular diseases. Kitava, however, remains untouched by the acne issues and diseases the western world faces.

Welp, now we have our new skin inspo — the inhabitants of Kitava. Who wants to book a flight with us to go and visit ASAP?

Best non-surgical treatment for acne scars - according to dermatologists.